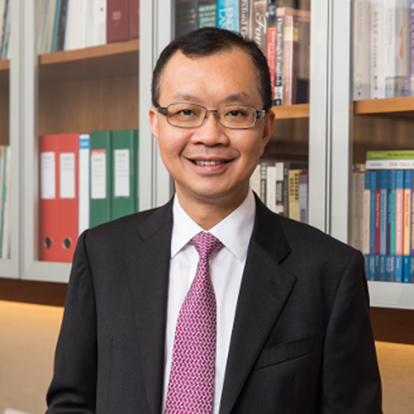 Mr. Eric S.P. Ng is Vice-President (Administration) and University Secretary. He is responsible for coordinating the delivery of the University's professional and administrative services in support of the core functions of teaching, research and knowledge transfer, and oversees a number of administrative units, including the Campus Development Office, Estates Management Office, Finance Office, Human Resources Office, Internal Audit Office, Security and Transport Office, Social Responsibility and Sustainable Development Office, and University Secretariat. He is also responsible for communication matters and external relationships with the support of the Associate Vice-President (External Engagement and Outreach).

Mr. Ng began his career in university administration in 1989, and after working in a number of universities in the UK and Hong Kong joined CUHK in 2007. He was appointed Registrar in 2008, became Registrar and Secretary in 2011, and took up the position of Vice-President (Administration) in April 2017 whilst retaining responsibilities for servicing the Council as University Secretary.