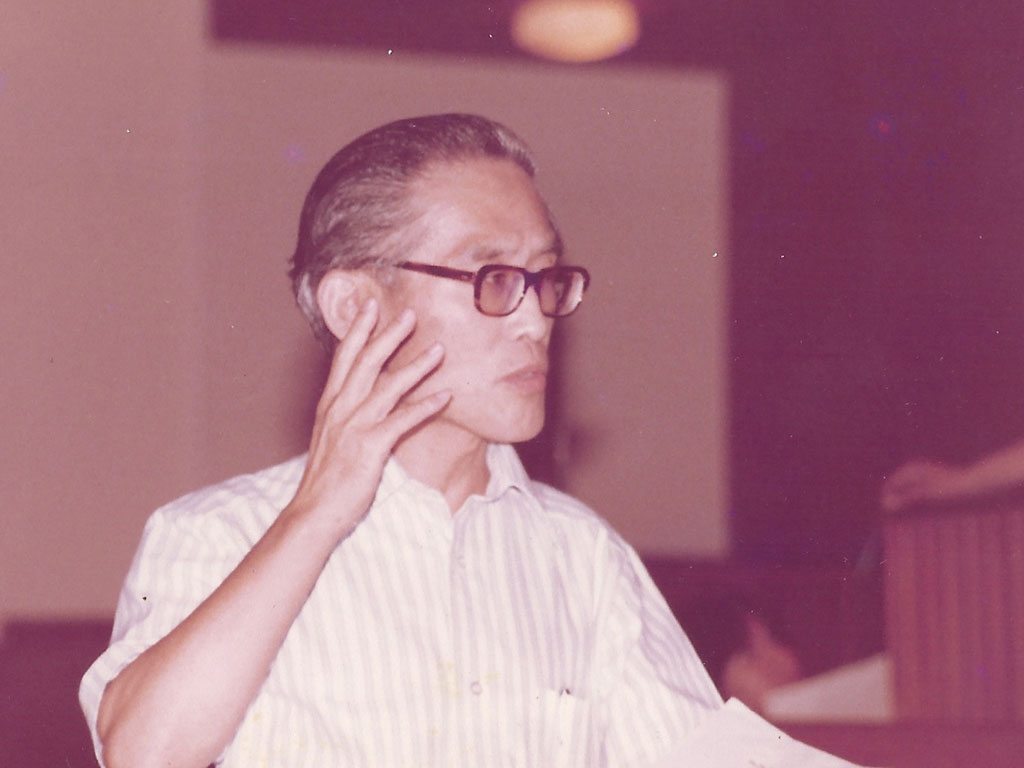 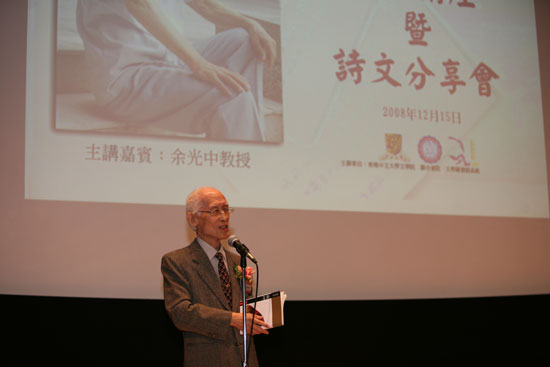 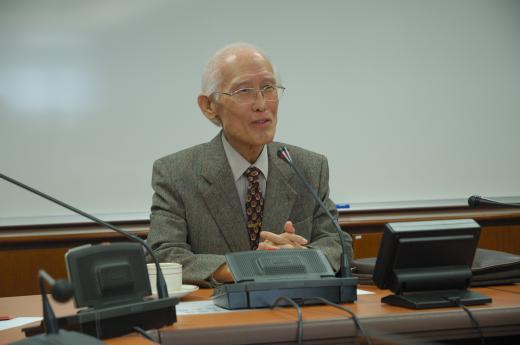 Professor Yu Kwang-chung is a famous modern writer, poet, scholar and translator. He was born in Nanjing, Jiangsu province in 1928. His ancestral homeland is Yongchun, Fujian province. In 1950, he went to Taiwan. In 1952, Professor Yu graduated from the Department of Foreign Languages at the National Taiwan University and in the same year, his first collection of poems was published. He was one of the founders of a poetry coterie in 1954, heralding a modern poetry movement in Taiwan. Later, in 1958, he went to the US to further his studies and participated in the creative writing class at the University of Iowa. He was awarded a Master of Fine Arts, and thereafter began a successful teaching career at the National Taiwan Normal University, National Chengchi University, CUHK, and National Sun Yat-sen University.

Between 1974 and 1985, Professor Yu was a professor of the Department of Chinese Language and Literature at CUHK. This period was one of his most productive periods in his literary life. His writing career flourished and his fame and influence grew. But Professor Yu never stayed far from teaching and research. During his 11 years at CUHK, he had fostered many talent who later made their own marks in Hong Kong’s literary world. Professor Yu visited CUHK repeatedly in the 1990s as visiting scholar and as guest speaker at international seminars. Since the start of the 21st century, he has served on the judging panel of a large-scale literary award competition organized by the Faculty of Arts of CUHK. His contributions to the promotion of literature and Chinese culture are tremendous.

Professor Yu resigned from CUHK in 1985, and returned to Taiwan to take up the post of Dean of the College of Liberal Arts at Sun Yat-sen University. In 1999, he served as a “Guanghua Professor”, and in 2003, he was awarded the degree of Doctor of Literature, honoris causa by CUHK. His works encompass several genres including poetry, essays, criticisms and translations. In 2004, his collected work was published on the mainland. 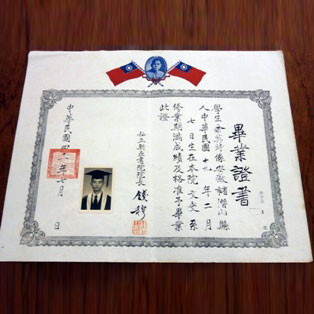 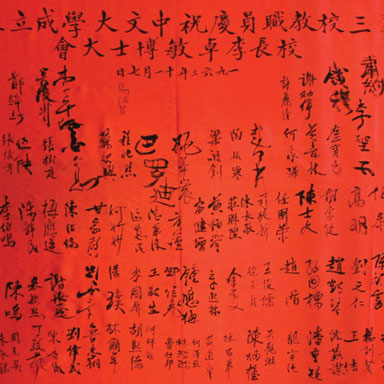 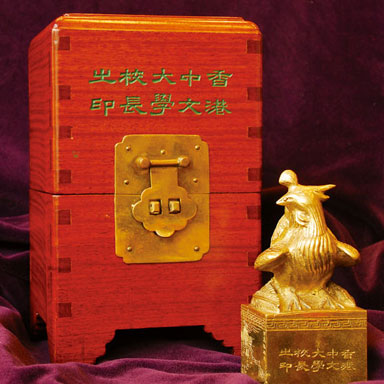 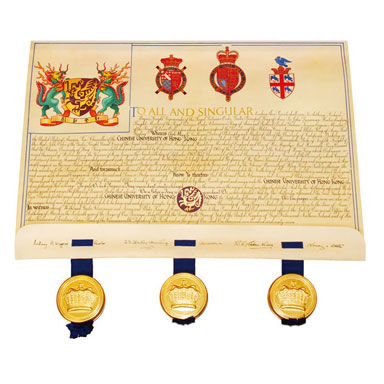 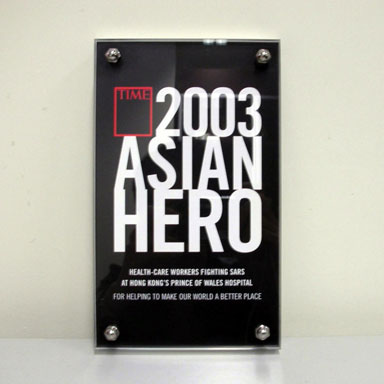 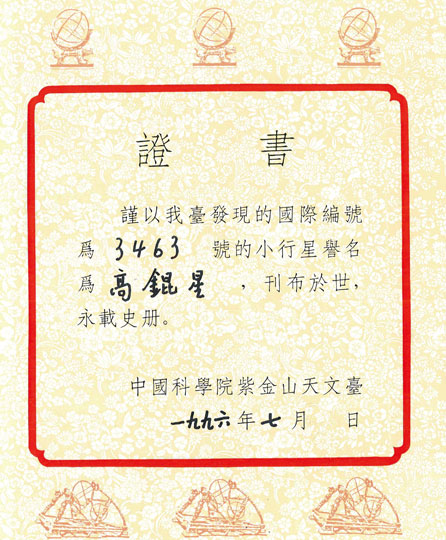 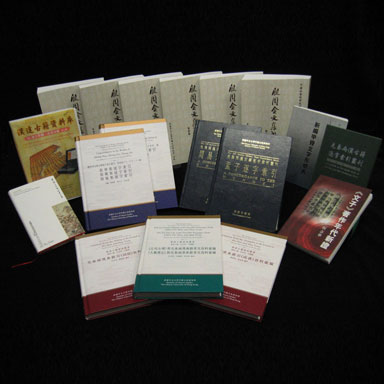 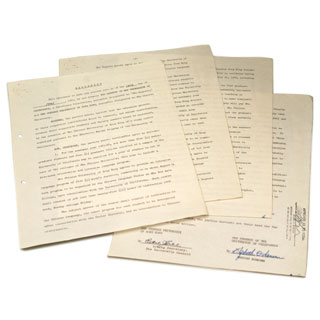 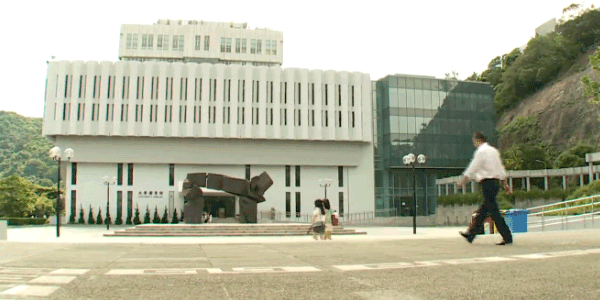